Everything you need to know about SafSour LB-1™

At Fermentis we recently launched a brand-new bacteria for wort souring: SafSour LB-1™ . Find out everything you need to know about this innovative fermentation solution, by reading our question & answers with the product R&D Manager, Olivier Caille.

Why did Fermentis decide to add SafSour LB 1™ to the range?

Previously, Fermentis had launched Lactiplantibacillus plantarum LP 652 a homofermentative Lactic Acid Bacteria (LAB), under the commercial name of SafSour LP 652™. This bacterium converts glucose into lactic acid mainly, i.e. minimum 90%. To complement the SafSour™ range, Fermentis has specifically selected Levilactobacillus brevis LB 1, a heterofermentative lactic acid bacterium which converts glucose primarily into lactic acid and either ethanol or acetic acid, depending on the oxygen content in the non-hopped wort to be fermented.

By introducing SafSour LB 1™, we empower brewers to choose the acidity perception they want to develop in their sour beer.

How was it developed?

Fermentis was searching for a way to achieve an equilibrium between the lactic and acetic acid notes produced by LAB. A heterofermentative lactic acid bacteria could achieve this goal. Levilactobacillus brevis LB 1 was selected from among the Lesaffre collection specifically for that purpose.

What is is for?

SafSour LB 1™ has been launched to enable brewers to produce sour beer through a kettle-souring process, which consists of an acidification of a non-hopped pre-boiled wort. Lactic fermentation occurs before the addition of hops during the boiling step. Hops, due to their bacteriostatic properties, inhibit LAB development and prevent lactic fermentation.

Levilactobacillus brevis LB 1™ is recommended to produce any balanced kettle sour beers such as Gose, Berliner Weisse and several other sour beer styles.

What are the key advantages of this product?

First, SafSour LB 1™ promotes a desirable balance between the lactic and acetic notes in sour beer. The Levilactobacillus brevis LB 1 produces both lactic and acetic acid, and its equilibrium can be influenced by controlling the oxygen quantity injected into the wort prior to or during lactic fermentation. The more oxygen content in the wort, the more acetic acid production is enhanced. 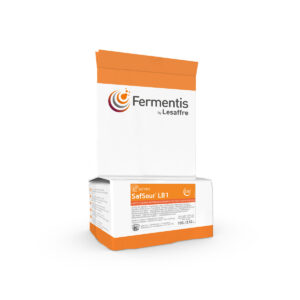 A kettle-souring bacteria that respects the yeast flavor expression

5. This is the second sour beer bacteria of the range. How is it different from LB 652™?

Will there be more bacteria in the Fermentis range in the future?

Bacteria constitute a very large and diverse source of microorganisms that can play an important role in beer diversification. It is an exciting area of exploration and innovation. Fermentis will certainly be a leading innovator in this category. 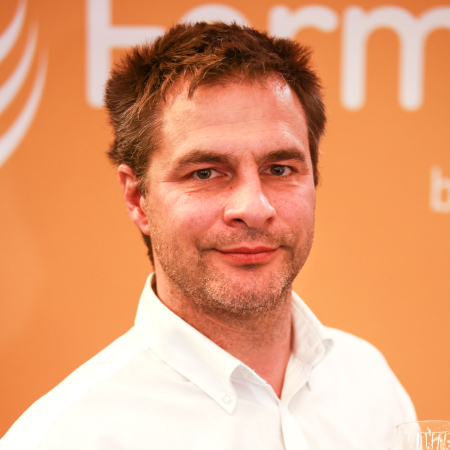 Olivier Caille is our R&D technical manager for yeast derivatives

With an industrial engineer degree in brewing Science and fermentation technologies at Meurice Institute, and a master in Molecular Biology & Biotechnology at Université Libre de Bruxelles, Olivier comes with a vast experience. A PhD thesis in Geneva, post-doctoral fellowship at Harvard Medical School and experience in CNRS & ProCELL are some of his diverse accolades before joining Fermentis.

Back to expert insights