The global trend for IPAs has grown incredibly over the last few years. The style, along with its numerous variations, has contributed to making beer more popular throughout the world, opening the beverage to new consumers.

There are many types of IPAs, including the historic English IPA, but the version we see the most, and which is still highly popular at the time of writing, is the American IPA.

In fact it makes little sense calling it India Pale Ale, since American IPAs having nothing to do with India, unlike the British versions made that were brewed with extra hops in order to be exported to India.

At Fermentis, we have several yeast strains that are particularly good for IPAs. However, we will never call out just the one strain and state, ‘this is the best yeast for IPA beer’. Depending on what you want to achieve and what you want to express through your IPA, various dry yeast strains will be suitable, but we’ll get back to that in the ‘yeast impact’ section.

American IPAs are generally highly hoppy and bitter, strong American ales. The balance is very much hop-forward, and the style has generated a lot of new developments in the hop industry, with many different varieties that are suitable for IPAs.

The main aromas come from the hops, and can include characteristics such as citrus, floral, resin, tropical fruit, berries and more. Some yeast strains can work to express the hops even more and yeast and hop interaction is one of our R&D focuses.

IPAs are generally brewed using a pale base malt, sugar addition is acceptable. American and New World hops are often selected but a large variety of hops can prove successful, in fact using several different varieties in a batch is common practice.

Late and/or dry hopping is very common for IPAs. Hops are added to the beer either in the whirlpool and/or during fermentation, usually towards the end of fermentation to keep all the flavours in the beer.

Generally, the IPA style requires rather specific fermentation flavors, to leave all the expression to the hops. Therefore, yeast strains with a clean and rather neutral fermentation profile are best suited for this particular style.

Some specific strains can also add fruity flavors during fermentation, like fruity esters, which can sometimes work well with the fruity notes from the hops.

The yeast is also known to interact with some of the hop compounds and can increase production of fruity components.

Last but not least, studies have shown that the yeast can influence the mouthfeel of the beer, and also the haze.

What’s the best Fermentis dry yeast for IPAs? While there’s no straight answer to that question, we have 4 great yeast strains for IPA style beers. These are recommendations only, and we encourage brewers to experiment! However, we would tend not to recommend the use of POF+ yeast due to the negative interaction between the phenols and the hoppy character. 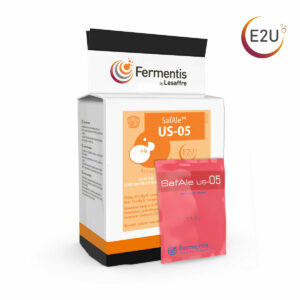 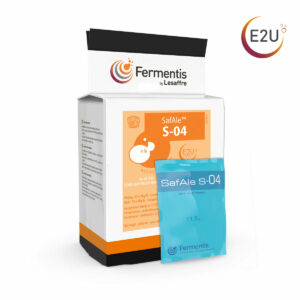 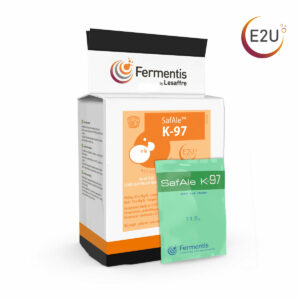 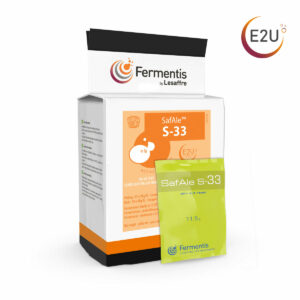 Our yeast recommendations are meant solely as a guide to help you choose the right strain from our range. It is entirely possible to brew a specific style of beer with a different strain: feel free to experiment and be creative!