The first thing to know about Belgian beers is that there is a LOT to know. The Belgians have been brewing beer in a multitude of conditions and styles. And they’ve been doing it for centuries, dating back to at least the 12th century, with increasingly high quality standards.

So if we’re going to “get technical” about brewing Belgian-style beers, we’ll just zero in on a couple of our favorites: Abbey-style and Farmhouse-style (Saison). To do it, we’ve enlisted the help of three accomplished experts in brewing, fermentation and Belgian beers –

Let’s start with Abbey beers, first brewed by Trappist monks in Belgian monasteries. When we refer to Abbey-style today, what exactly do we mean? And how does choosing just the right yeast help create an ideal Abbey-style beer?

S.M. : There is a huge range of Belgian Abbey-Style beers, varying in color, alcohol, taste and flavor. The color range is mainly impacted by the use and amount of specialty malts. The alcohol level ranges mainly between 6-10% ABV, depending on the original gravity of the wort and the yeast ability to assimilate the different sugars in the wort. The flavor is basically related to the raw materials used in the brewing process (e.g. malts, hops, etc.) and the yeast used during the primary fermentation.

Most of the yeasts are from the specie Saccharomyces cerevisiae. There are two families predominantly used for the main fermentation. The first, which can use ferulic acid contained in the malt and convert it into phenols, is classified as POF+ (phenolic off flavor positive) and produces beer with a phenolic quality, characterized by a clove-like or medicinal aroma. The other family, which is not able to use ferulic acid, produces more fermentative aromas, higher alcohols and esters compounds. The beers it produces are generally perceived as more fruity.

P.J. : The choice of yeast strain is critical to define the final profile of the beer. When the yeast does not produce phenols, the expression of fermentative aroma is much more evident. So in this respect, the genetic potential of the yeast instills specific aromas and flavors to the beer.

The other principal characteristic of the yeast is related to the assimilation of the sugars in the wort. The higher the assimilation, the higher the attenuation. Generally, brewers use the apparent degree of fermentation as a parameter to define the end of the fermentation. During the fermentation process, fermentable sugars are mainly converted into ethanol, CO2 and aromatic compounds. If the attenuation is high, the production of those volatile compounds are higher as well, due to the yeast.

The SafAle™ BE-256 we suggest for brewing Belgian Abbey Style Beer is POF-, and presents a high degree of attenuation, between 82 – 86%, therefore the level of alcohol and esters produced is very high, resulting in fruitier beers. The other interesting property is that the yeast has a flocculent character that leads to fast sedimentation, helping to clarify the beer at the end of fermentation. This also allows a secondary fermentation with another yeast strain, after adding some sugar needed for the carbonation of the final beer.

The origins and characteristics of Farmhouse-style beers are very different from Abbey-style. How did they evolve?

P.Z. : Saison-style beers are associated with farmhouse-style beers, which historically, varied widely in taste and aroma, as each farm brewer used their own available ingredients and brewed their own distinctive style. They were originally consumed during the summer by the workers on the farm, and during harvest period.

Modern-day saisons retain that characteristic of high drinkability, with low residual sugars generally associated with a low level of alcohol, classically between 4.5 – 6.5 % ABV. Other features of Saison-style are the presence of phenols, produced by the POF+ yeast strains, and a smooth bitterness with nice balance between the higher alcohols and the esters, with some yeasty notes. They are relatively pale in appearance, as they are produced with pale malts. A great example of this style is the “Saison Dupont,” famous in Belgium and recognized as a model across borders.

P.J. : SafAle™ BE-134 does a nice job of helping deliver these Saison characteristics. The specie of this yeast strain is Saccharomyces cerevisiae var. diastaticus, which means the yeast naturally produces certain enzymes, such as the Amyloglucosidase (AMG), that are capable of degrading most of the sugars present during the fermentation. This AMG generates glucose that will be fermented and consequently metabolized into ethanol, CO2 and aromatic compounds. Thus, the apparent degree of fermentation is very high, mostly above 90%.

According to the literature, all S. cerevisiae var. diastaticus are POF+ and use the ferulic acid present in the malt for the synthesis of the phenols, mainly 4-VG. The other interesting property of the yeast is that flocculation and sedimentation behavior is low, and the yeast remains in the media to complete the fermentation. As the beers are produced in the spring, the temperature range is average to high. The yeast is robust – it will typically initiate fermentation in the 18-24°C range and the temperature occasionally can freely rise up into the 30°C+ range during fermentation.

Patrick, you have an extensive brewing background, and are a certified beer judge. Do you have a favorite beer to brew or drink?

P.Z.: I’m a fan of Saison. It is such an aromatic, refreshing beer, with great drinkability and a nice, dry finish. It always leaves you wanting another sip. I believe this style is perfect for Brazil. With such warm weather most of the year, a well-brewed Saison would appeal to a lot of beer drinkers here. A lot of Saisons are produced here, but a lot of people haven´t tried a good Saison yet. I suggest they do!

Interested in these solutions? Discover all our beer yeast range by clicking here! 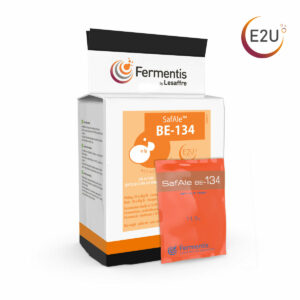 Ideal for dry and spicy Belgian-style beers, like Saisons 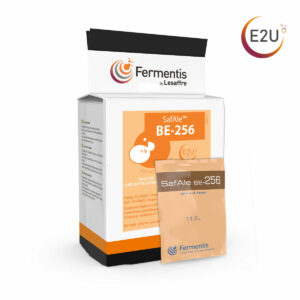 The champion yeast for Strong ales